Show your love for Osborne Village with official Movie Village and Music Trader attire, only available here at waybackwinnipeg.com.

And rock on because $2 from each item you purchase goes to Girls Rock Winnipeg, a non-profit initiative that gives girls, trans, and gender non-conforming youth a crash course in collaborative music creation and performance.

Once these are gone, they’re gone. Get ’em while you can!

READ THIS:
Orders ship on the first Friday of each month

The story of Movie Village and Music Trader

“I recall very distinctly talking to some other store owner right at the beginning. He was saying ‘Yeah, this isn’t going to last more than five or six years,’ and I sort of agreed with him at the time.”

It was early 1984, and the man who’d soon be behind iconic city businesses Movie Village and Music Trader learned a small space was becoming available in Osborne Village. He decided to go for it.

David Ringer thought the location had potential. The question now was: what retail concept might make sense? The new entrepreneur, who was 26, took a gamble on videotapes.

“Less than 10 per cent of households had VCRs at the time,” Ringer says. “That was growing, of course. It was hard to tell just how quickly it was going to grow. But at the time, there were some stores in other neighbourhoods. There seemed to be a likelihood every neighbourhood would need a video store… I felt I could serve the Village.”

The next challenge for Ringer? Differentiating his store from the Blockbusters of the world.

“We focused on the breadth of what we were offering, not on the typical demand for new releases,” says Ringer. “The great value of being in the Village was a strong artistic community that supported alternative programming — that was critical. That would not have worked in almost every other neighbourhood.”

At its peak, Movie Village had a selection of more than 80,000 movies, Ringer says. A typical Blockbuster would have 10,000 copies.

It was a selection Ringer was instrumental in making the most impressive in Canada. He’d often take trips to the United States, hunting for treasures and hidden gems at wholesalers and chain stores.

“I was opportunistic when a big chain was closing down in Florida — they had 60 locations,” says Ringer. “I visited at least 40 of them over a two-week period. I basically picked out all the foreign, classic and unusual titles over 40 stores.”

Movie Village would have a dozen copies of a particular film, “and there weren’t three other titles in all of Canada.”

Every movie had a price. Want to rent it? Sure. Prefer to own it? No problem.

“Because I was very familiar with that market and we were constantly repricing stuff, we developed a sales strategy that almost nobody else had,” says Ringer.

Movie Village was cherished by the local film community. If Winnipeg Film Group had a movie it wanted to be seen, David Ringer was happy to put it in the store. If the University of Manitoba film studies department requested a film be stocked, Ringer would oblige.

Think that would have happened at Blockbuster?

“Just about any film-oriented club or society we were trying to be supportive of,” he says. “…It was important (U of M) students had a place to go to find some off-the-beaten-path titles and it strengthened our position in that specific area.”

Longtime Movie Village employee James Borsa takes pride in the support that was given to the local industry.

“Many local directors approached Movie Village to stock their first feature film or even their collection of short films and we were only too happy to comply,” says Borsa. “In fact, many of the cast and crew of locally shotfilms were also Movie Village customers.”

“I’m fairly certain that local producers suggested Movie Village as a place that they could go to get flicks,” says Borsa. “So we did have frequent sightings.”

Frequent would also be a word to describe world-class filmmaker Guy Maddin’s relationship with the Osborne Street institution.

“I love Movie Village,” Maddin told the Winnipeg Free Press in 2012. “One could sift through all my tax receipts for the last quarter century and see the history of my relationship with the place, the history of my movie education.”

Whether it was famous people or not-so-famous people, Movie Village was the place to congregate.

“I’m a person who is comfortable in a record store, bookstore, video store atmosphere,” Ringer says. “And nothing pleased me more than to observe people running into their friends at Movie Village.”

Borsa says customers would travel from rural areas of the province just to visit. A walk down Osborne wasn’t complete without a quick tour of the independent film haunt.

“Store employees were on a first-name basis with many of the regular customers and the store remained a friendly place to visit and hang out,” Borsa says.

Movie Village employees were famous in their own right, as longtime staffer Kevin Andrechuk can attest to.

“I remember going to a house party once and someone says ‘Hey, it’s the Movie Village guy!'”

In the late ’90s, with Movie Village thriving, David Ringer got an idea.

“There was a music store in our old Movie Village space called RPM and I was walking past it every day when I went to the bank and thought they had a good idea but maybe didn’t execute very well,” he says. “So when they closed down and left all their fixtures in place, including some inventory, I mulled the idea of taking over with some staff who I knew were very passionate about music.”

“At that moment in time there were a lot of chains in Winnipeg selling music and they were having difficulty and closing. The great benefit for me was I had my choice in staff. There was a lot of experienced and talented staff. I would say the success of that store was primarily luck that I was able to hire an all-star group of people and they ran with the idea.”

Music Trader’s buy-sell-trade business model — with a focus on used music — was a hit.

Part of the allure was the store’s support of the local scene. Music Trader was a showcase for Winnipeg bands, selling their CDs and booking acts to perform in-store.

“I remember them having a sandwich board when you first went in, one side was new music in general and the other side was new music from local bands,” says employee Kevin Andrechuk. “They definitely tried to promote the local scene.”

Music lovers would remember the Polaroids adorning the store’s walls. Snapped by longtime staffer Jay Churko, the photos captured bands that played in and around Music Trader, as well as employees and friends.

Ringer says it was important to him to give back to the arts community that had supported him for so long.

“I think Winnipeg has a very strong arts community,” says Ringer. “It punches well above its weight compared to other cities. In the Village, we were closer to the centre of that than we might have been in the suburbs and we wanted to support what was going on locally. And there was always lots going on.”

David Ringer fought technology as long as he could. With the rise of the internet, downloading, video on demand and streaming, there were increasingly more ways to consume content. As the technology changed, Ringer adapted. In 2005, Cinemail — a DVD rental-by-mail service — was launched. Movie Village provided the movies and the storage room.Cinemail.ca did the rest.

“Cinemail for about 12 years was a real going concern and that was a beautiful marriage of another business functioning on the same inventory, out of the same fixed-cost building and utilities that strengthened the whole,” says Ringer.

As streaming became more sophisticated and iTunes and Netflix took over, something was lost along the way.

“I think part of the charm of going into a movie place versus just downloading is there’s a sense of community there,” says Kevin Andrechuk, a customer-turned-staffer. “I feel like you could discover something very unexpected at Movie Village. Talking to staff and seeing what they’re into and them able to give you suggestions. I guess you can get that online from reading reviews, but it’s not the same as being part of that community.”

At the end of 2011, Winnipeg city council approved a plan that would see Shoppers Drug Mart on Osborne more than double in size. The expansion spelled the end of Osborne Village as it was known. And things happened quickly. In summer 2012, the Movie Village building was demolished.

It was the end of an era.

Movie Village moved in with Music Trader down the street until David Ringer sold to Into The Music’s Greg Tonn in 2017.

“I never imagined my work life would extend over this one industry,” Ringer says. “When I sold the music store in January (2017), that’s it, I retired. I was there at the beginning and there at the end, more or less.”

While Movie Village and Music Trader are closed forever, the glow of each store in the bustling Village won’t soon be forgotten.

“Everybody, I think, in Winnipeg gets to the Village at least a few times a year,” says Ringer. “Even as a kid I remember what it was like to be in the Village because of the energy there and the creativity. I couldn’t have got luckier in terms of finding a place to spend my time. I lived and worked there for many years. I have nothing but fond memories.”

David Ringer. Thank you for supporting this project. 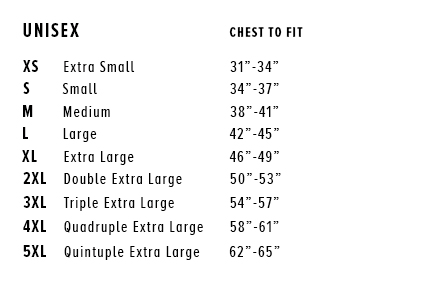 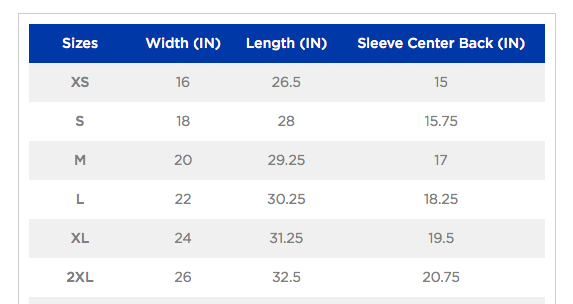